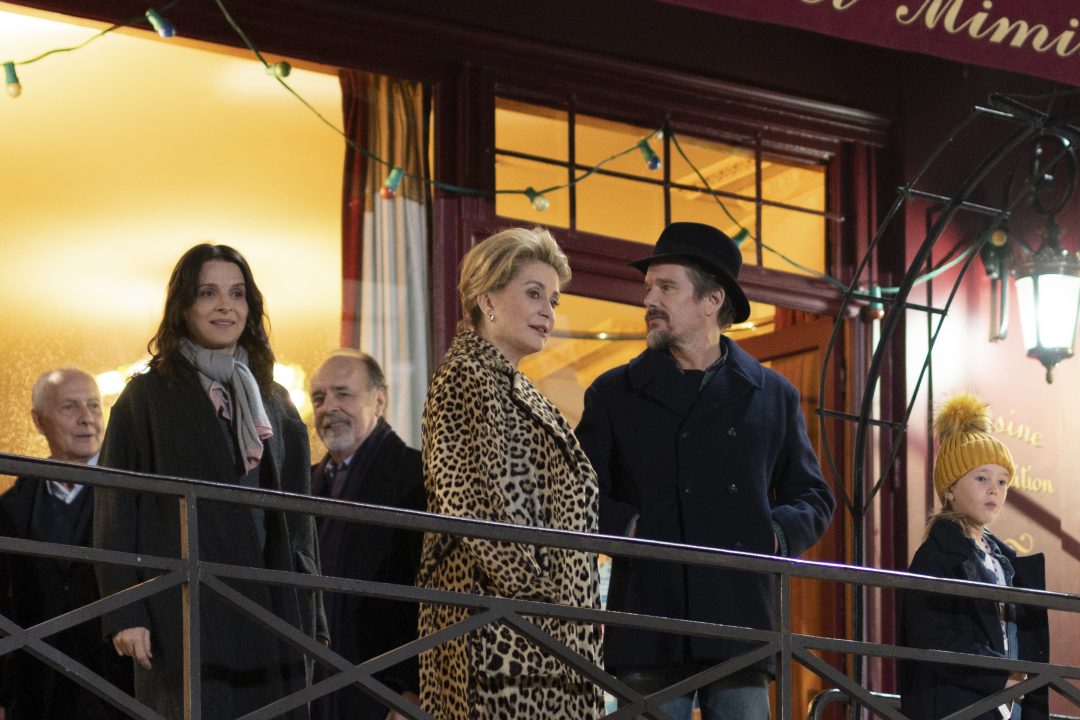 “Fabienne (a magnificent Catherine Deneuve) is a film-star diva and legendary actress. When she publishes her memoirs, her scriptwriter daughter, Lumir (Juliette Binoche) returns to Paris from New York accompanied by husband Hank (Ethan Hawke) a TV actor and their daughter Charlotte (Clémentine Grenier). The reunion quickly turns to confrontation when Lumir finds her mother’s autobiography to be riddled with omissions and embellishments. It also brings back dark memories, including the death of a close friend. Resentments, regrets, and love are all confessed through conversations between mother and daughter. Film legends Catherine Deneuve and Juliette Binoche star in master director Kore-Eda Hirokazu’s first film directing outside his native Japan. Asking actresses what is acting? What makes a family? What is truth? And how to choose between a cruel truth and a kind lie? These are the questions Kore-Eda, a master of family observation, brings to light in this serious but also light-hearted film, where drama and comedy coexist.” (Marie-Pierre Richard)

“One of Deneuve’s greatest performances, with Kore-eda transforming the magisterial persona…into something more complex, tragic and yet defiant. She deserves awards for it. And so does the film.” The Times UK